A welcoming online home for all creative writers

Everyone at Writing Room writes, so we all know exactly how it feels both to start writing and to work out how to keep going.

Everything we do together as a team and individually on our courses revolves around three things: a passionate belief that the practice of writing enriches lives; a love of teaching and facilitating new writing; and an ambition to ensure Writing Room is always a welcoming online home for all creative writers. 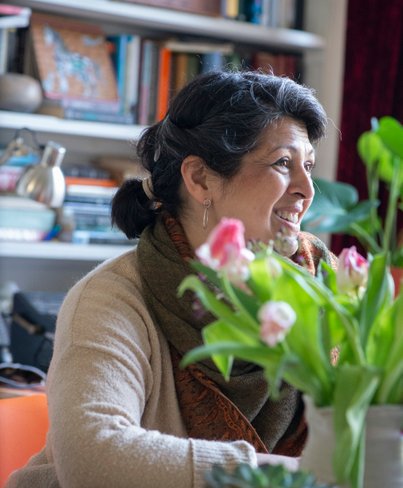 Sita Brahmachari has an MA in Arts Education (Central School of Speech and Drama, 2019)  and a background in Theatre and Education. In 2011 Sita won the Waterstones Children's Book Prize with her debut novel Artichoke Hearts named among the top fifty novels with diverse representation since the 1950s by the Guardian. In the interim years Sita has written many highly acclaimed, Carnegie and United Kingdom Literary Award nominated novels and short stories. In 2018 she was awarded an Honour for the writing of Tender Earth by the International Board of Books for Young People, and her novels Where The River Runs Gold (2019) and When Secrets Set Sail (2020) have received great acclaim. She was the 2015 Booktrust Writer in Residence and is the current Writer in Residence at Islington Centre for Refugees and Migrants. In March 2021 Sita's novella The River Whale was a World Book Day Story. Swallow’s Kiss launched at the British Library in June 2021. Sita’s latest novel is When Shadows Fall (2021). She is a Royal Literary Fellow and an Amnesty International ambassador.

Alison has been working with creative writers since 2010. She has an MA in Creative Writing from Birkbeck and a Level 3 Award in Education and Training from WM College in Camden, and believes passionately that everyone should have access to lifelong learning. Alison arrived at Writing Room working on her own creative development as a poetry student in 2014 and immediately felt she’d come home. She designed and developed our Prioritise Your Writing and Introduction to Creative Writing courses to support writers at all stages of their own creative journey. Alison has published poems, short stories and creative non-fiction, and that novel project will eventually see the light of day too! She lives in Kentish Town with her two nearly grown up boys and a grumpy cat. In her spare time you’ll find her back home in South Wales, walking the Gower and Pembrokeshire coast paths and trying to write how that feels. 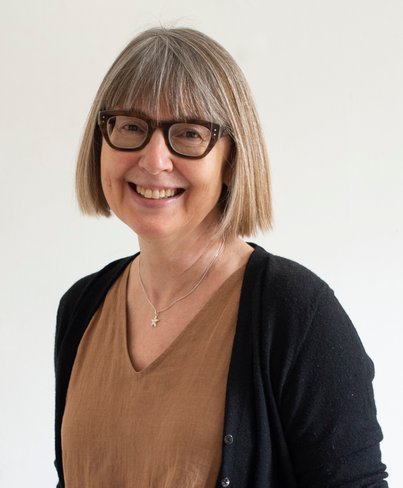 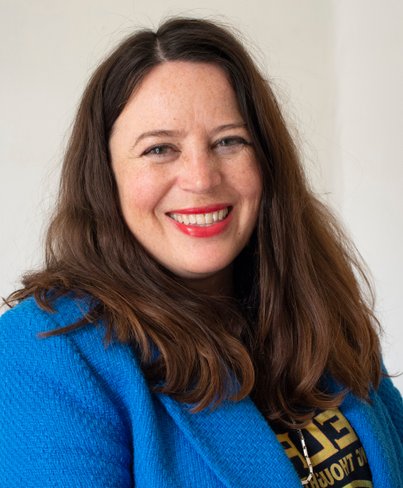 Giovanna Iozzi has taught creative writing for a wide range of adult learning spaces, including Goldsmiths University and City University as well as Writing Room. An associate lecturer at Goldsmiths, Giovanna runs a successful course on the Short Story and teaches for the Creative Writing MA, while completing a PhD on Elena Ferrante’s fiction. A winner of Goldsmith’s Pat Kavanagh Prize, she writes in the short fiction, novel and memoir form. Her first novel is Black Figs, a simmering narrative of maternal disintegration. She’s currently working on a memoir inspired by her childhood growing up in East London. You can find her published stories at https://www.joiozzi.com and find her on twitter: bristlingnarratives@gioiozzi

Kiare's debut novel Nightshift was recently published by Picador in the UK and Mariner Books (Harper Collins) in the US. Her short stories have been anthologised, commissioned for the radio and shortlisted in competitions, including the BBC National Short Story Award. She wrote Nightshift while studying for a Creative Writing PhD. Prior to that she did a Prose Writing MA at the University of East Anglia. She teaches at various institutions in London, volunteers with Pirates literacy programme and privately mentors writers on a one-to-one basis. In reading, writing and life, she's naturally drawn to nonconformism and dichotomies. Having grown up in South Africa, she loves spending time in big cities as much as out in middle of nowhere. In the cyber world, you can find her at www.kiareladner.com 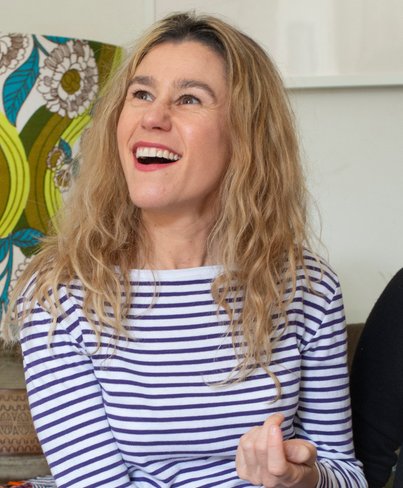 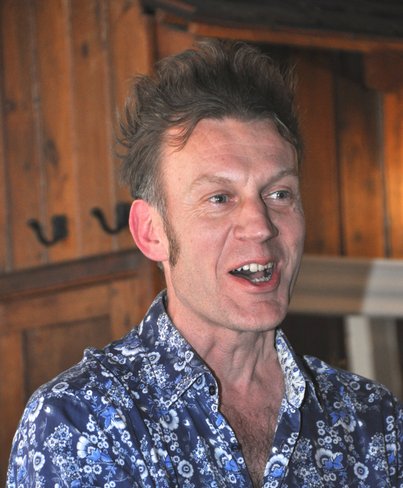 Paul Lyalls was poet in residence for the Roald Dahl Museum 2013/2014 and star of BBC2’s/CBBC’s ‘Big Slam Poetry House’. His poetry is funny and moving and his poetry workshops produce extraordinary poems from people of all ages. Paul has been poet in residence at ten secondary schools and over twenty primary schools. His new poetry collection for adults, Catching the Cascade (Flipped Eye), was shortlisted for the People’s Book Prize. His children’s collection A Funny Thing Happened (2014), with an intro by Michael Rosen, is loved by kids and people with inner kids of all ages. In 2008, Paul was Poet for the London Borough of Brent (London’s fifth coolest Borough) and he has performed at Wembley stadium. He has two poems in Michael Rosen’s A-Z: The Best Children’s Poetry from Agard to Zephaniah (Penguin). Paul has also performed at ten Edinburgh festivals, one Eton College, five Glastonburys and on a 73 Bus, which made the ‘and finally…’ bit of the 6pm national news. Paul was Poet for the London Borough of Islington’s Word Festival 2012-16, working regularly with Arsenal football club performing his poetry in their dressing room and on their pitch!

Kate is Programme Director of Writing Room and hosts Monday Start Your Week and Thursday Writing Hour, as well as our Student Showcase and other events. Kate founded Writing Room (at that time known as Haringey Literature Live) with the help of Collage Arts in 2013, and was later awarded Arts Council England funding to develop it further. Kate has worked with writers for 30 years, as an editor and a mentor. From 2013 to 2022 she was Lead Fiction Editor of the international quarterly literary journal Ambit. She has put on more than 200 literary events in London and further afield. Kate wrote short fiction in her 20s, with stories and translations appearing in The Time Out Book of London Short Stories Volume 2, Ambit and Litro. She has recently returned to writing with a novel. She loves hosting our Monday Start Your Week group as it's a chance to keep in touch with where our writers are with their individual projects, and support them to achieve their goals. 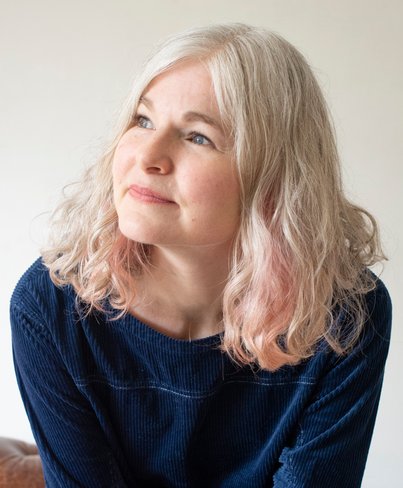 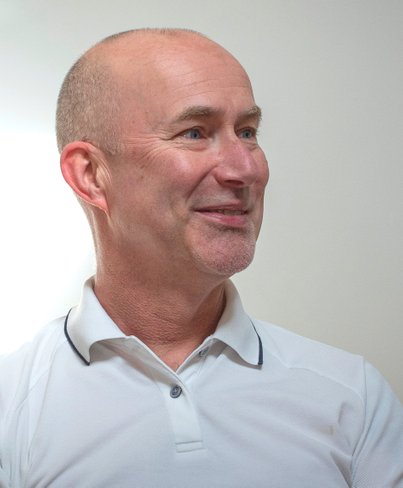 Steve joined Giovanna’s Journalism course in November 2014 while looking after his young son. He wanted to develop his writing skills and meet people outside of the new parent bubble. He found Gio’s enthusiasm and expertise inspiring. Studying with Writing Room and developing his writing at that time had a positive impact on his self-confidence. He joined an internet start up and had less time for his writing but more recently has been delighted to re-engage with Writing Room and become our Patron, supporting our drop-ins and events, our administrative operations and our bursary scheme. Steve's academic roots are in economics and mathematics, and his professional roots are in financial analysis, with a sideline in property renovation.

Writing Room is a registered Community Interest Company: a non-profit arts organisation committed to serving the interests of our diverse community of creative writers.

or get in touch using the form